Wish me luck ladies & gents, my first go with the new WordPress posting format, and I accidentally took a tissue slicer to my middle finger a couple of days ago so I’m using the “hunt & peck” method of typing today!

As per my “Sneak Peek” post a few months ago, I have been having a ball with mixed media and it has been a huge distraction from all sorts of things, blogs, chores, etc, etc. 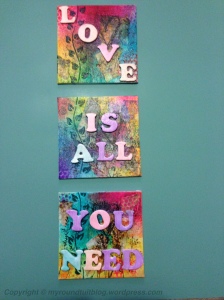 One of the projects I remembered to take photos of along the way, was these canvas tiles. They’re a bit like canvas pulled over a solid something-or-other, rather than stretched over a frame – which makes stamping & stencilling a whole lot easier. 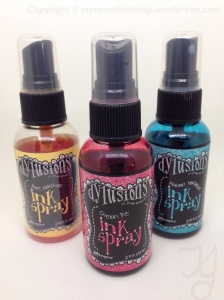 I started off with three colours of Dylusions sprays, and sprayed the tiles. 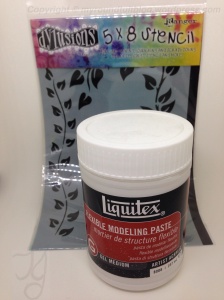 Then I smushed some modelling paste through the vine on the stencil, so that it climbs through all three tiles. 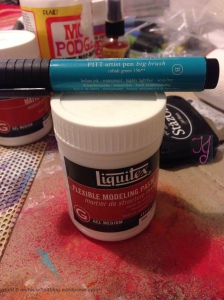 Once the modelling paste was dry, I took to it with a Pitt Artist Pen . . .

Time to start layering some background material, I started with (pre-stained) torn book page pieces, then rubbed some Gesso through punchinella. 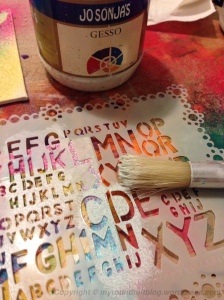 Then I stippled some gesso through random bits of stencils.

Time to bust out the stamps. 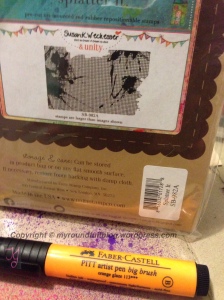 Did you know that you can colour stamps with Pitt Artist Pens & stamp any colour you have?

I rather like that as a background. Time to add the quote. 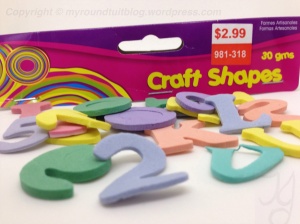 I found these foam letters (and numbers) at a reject store (similar to a Dollar Store I think?)

A fair few of the letters were pretty misshapen but I managed to dig out enough reasonably shaped letters to form my quote. 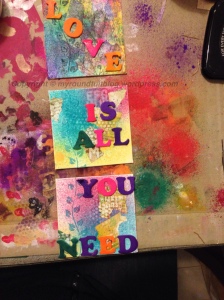 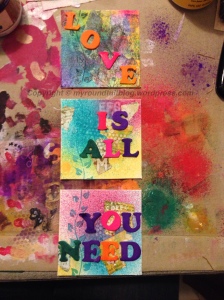 I played around for quite a while with the placement.

Then I decided to tone the colours of the foam letters down a bit with gesso.

And once more, the finished product.

I forgot to mention that I attached the letters to the tiles with a liberal application of gel medium, both underneath and over the top of the letters. You do need to be a bit careful with the application of the gel medium as it will re-moisten the Dylusions inks and you can smear them around if you move the gel medium too much – however as long as you use Stazon or any other type of permanent ink (including Pitt Pens) you shouldn’t mess your stamping up. 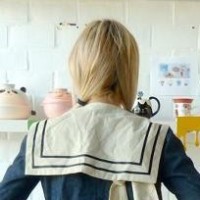 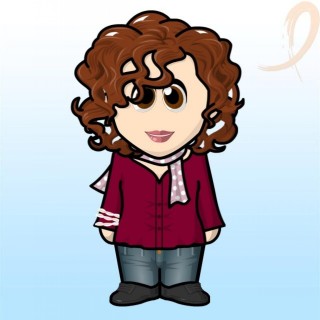